This is a totally reasonable request, especially due to the holidays. There’s a lot of reasons why we hesitate to announce dates around PTR testing too far in advance, but the main reason is is that new, in-development content tends to bring issues and delays that are sometimes hard to predict and plan around. We often times will have a date scheduled internally for testing, and then just prior to that date we end up finding a showstopper bug or other major issue and then are forced to delay at the last minute, which feels bad for everyone involved if we’ve already announced our plans.

All that being said, I also totally sympathize with the struggle behind this request. We are going to aim for the early afternoon (US time) of December 8th to enable Ulduar raid testing, and we are likely to leave the raid available through the weekend and will likely end the first round of testing on the morning of December 12th

The caveat here is that something may arise that causes us to delay or shift these dates, and we may not know that until we get very close to that date. So this isn’t an announcement, but a goal. I also cannot promise that we’ll always be able to provide our target dates for raid testing this far in advance either, but I’d certainly like to try and give more notice in the future. 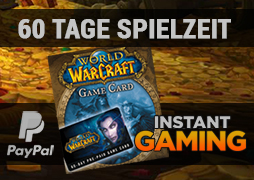